Spirit Yachts 52D: This stripped-back racer is a wolf in sheep’s clothing 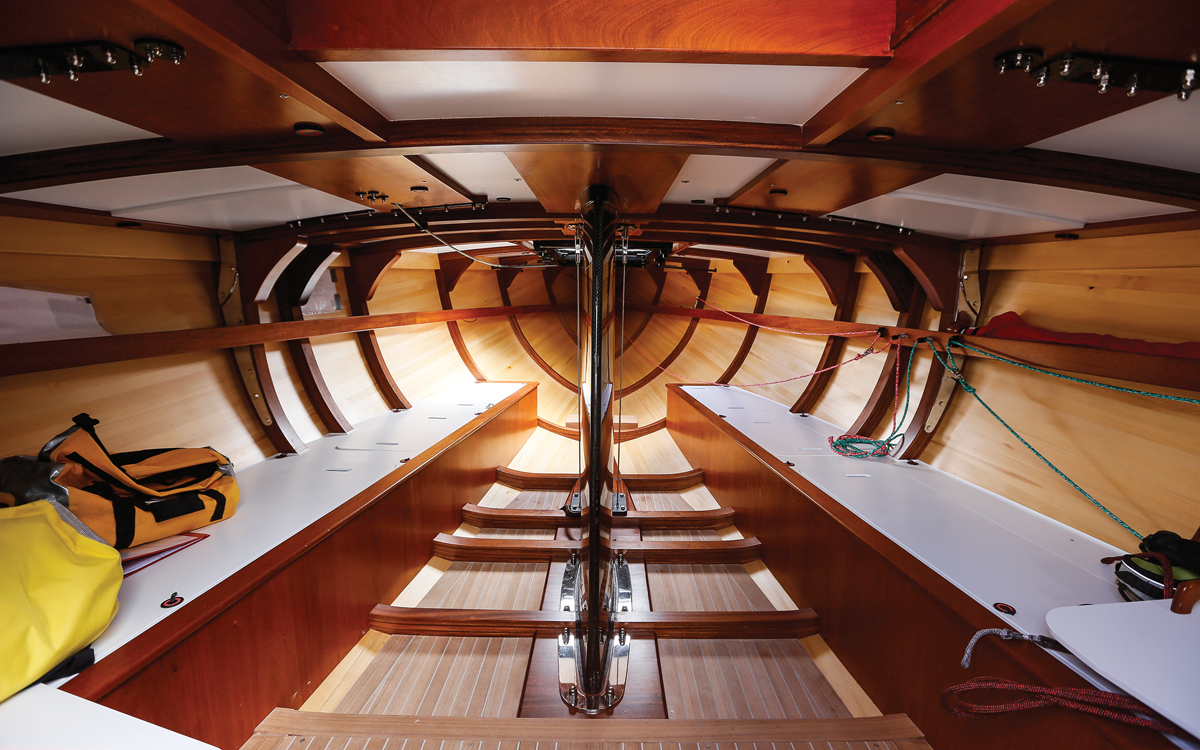 It may have been high season on the Solent, but among the eclectic mix of race boats both big and small, one yacht was turning more heads than any other. Spirit Yachts’ new 52D (D is for distilled), Oui Fling, is an out-and-out modern race boat concealed behind classic lines and a wooden structure, and takes the term ‘spirit of tradition’ to a whole new level.

Oui Fling belongs to Baron Laidlaw, a serial racing yacht owner with a fleet of yachts called Highland Fling, and a veteran of big boat and maxi events in the Mediterranean and Caribbean.

Having bought a house on the Solent, however, Laidlaw decided that he wanted a yacht that he could campaign in both evening IRC racing out of Lymington and classic/spirit of tradition events. He was not interested in sailing a traditional classic, but an elegant yacht that his core pro crew could push hard around the course. He rang Spirit Yachts.

The foredeck is exceptionally clean. Note there are no stanchions or lifelines and no bow roller. Photo: Paul Wyeth

After speaking with Spirit’s founder and designer Sean McMillan, Laidlaw flew to Ipswich last December to discuss ideas for a new race yacht. They settled on a 46-footer, which swiftly grew to 52ft (the same length as McMillan’s own Spirit, Flight of Ufford).

Laidlaw’s current fleet includes 31ft, 52ft, 82ft and 115ft racing yachts. “I’ve got a lot of fast carbon boats so I thought it would be fun to do something different,” he told me as we headed out of the Lymington River on a particularly blustery Solent afternoon.

“I wanted to do the evening races, so I was limited by draught.” Laidlaw added that he wanted something pretty and had always considered Spirits attractive.

The result is this first flush-decked Spirit Yacht: a stripped-out wolf in sheep’s clothing. The Ipswich based yard has launched over 65 wood epoxy boats in 25 years, but Oui Fling is rather different than most.

“I enjoy the boatbuilding process,” said Laidlaw, candidly. “I enjoy the process of planning it, seeing it through – then how to make it go faster.”

The Spirit 52D was a fittingly bespoke project. Laidlaw specified a cockpit to suit his race-only crew, something much larger than the conventional keyhole shape used on most Spirit yachts.

Oui Fling also has separate cockpits for both the helmsman and tactician. Laidlaw only races his yachts and never spends the night on them; hence he didn’t require any home comforts or facilities below decks.

The two berths (seated headroom only) are structural and provide longitudinal stiffness along with the full-length stringers running along the hull. Photo: Paul Wyeth

Oui Fling’s build was fast-tracked. She launched just seven months after those initial discussions and, a week after arriving in her now homeport of Lymington, convincingly won her class in the Panerai British Classic Week.

“The drive was to make it the best racer within the spirit of tradition ethos,” said Spirit’s managing director, Nigel Stuart. Laidlaw’s initial plan for only racing her in the UK has now broadened to more spirit of tradition racing in the Med next year. Oui Fling is purposely small enough to be transported abroad by road.

Oui Fling fascinates on many levels: the Spirit aesthetic is melded with the latest technology and modern influences. The closer you look, the more innovative the details that come into focus. And whereas the deck design is a study in racing ergonomics, below decks is a visual feast.

The sapele ring frames and longitudinals that form the shell. Note the grand prix-style string take- down system that runs the length of the boat to pull downwind sails rapidly below. Photo: Paul Wyeth

The joinery is compelling aboard any Spirit, but you can normally only see glimpses of the planking and frames – here the entire construction is left completely exposed.

McMillan drew the hull, using similar lines to his own Spirit 52, Flight, but with less buoyancy in the distinctly lighter new boat. The structure is still all in wood, using sapele ring frames and yellow cedar strip planking.

Two layers of kaya double diagonals were laid over this, before the whole hull was glassed. But there is also carbon hidden in the structure and deck in localised patches to stiffen certain load-bearing areas.

The traveller control lines exit at these cam cleats on the same pedestal. Photo: Paul Wyeth

“There was a lot of input from people we don’t work with normally,” said Nigel Stuart. Composite specialist Graham Eeles in Brightlingsea laminated the keel fin and rudder blade using one-off CNC-built moulds.

Hall Spars, which has worked with Laidlaw in the past, constructed the high modulus carbon mast, while Dutch company Smart Rigging did the composite standing rigging. “There’s no point in doing it in-house if it’s not our skill set,” is Spirit’s philosophy.

“This was one of the fastest built boats we’ve ever done,” says Stuart. A lot of input, particularly with regards to getting the hardware and deck layout right, also came from Oui Fling’s South African skipper and ex-Volvo Ocean Race bowman Mike Pammenter.

Irvine Laidlaw’s fleet is green in colour. For Oui Fling, Awlgrip Jade is used on the topsides with a gold leaf cove line. Photo: Paul Wyeth

Weight was minimised wherever possible. The structure is in yellow cedar rather than Douglas fir, the keel and rudder are made of carbon fibre. Super B Lithium-ion batteries were selected for their high power-to-weight ratio.

Even the teak used is thinner than normal to keep the ballast ratio as high as possible. Elsewhere, the designers have replaced many metal fittings with soft padeyes and loops piggy-backing from deck padeyes.

The result is that Oui Fling launched at 6,954kg (with 3,250kg of that in her lead bulb). McMillan’s well-tuned Spirit 52 is nearly two tonnes heavier.

The extra-large cockpit has a clever self-draining design. When racing, the drains are shut, bringing the through-hull fittings flush to the hull, with water then led to a pump. Below the waterline all is reportedly perfectly faired.

Electric winches avoid the need for a coffee grinder or crew weight having to move to leeward. In fact the primaries are to be switched for winches with free spinning bases so the sheets can be cross-led to keep the weight up. Laidlaw is adamant that what you lose in rating with electric winches you gain in speed and weight optimisation.

The sail inventory is also impressive. Laidlaw has previously been a North Sails client, but as Spirit Yachts has long worked with John Parker at One Sails, Laidlaw decided to commission a full set of sails from both lofts to compare.

The electric winch controls on the mainsheet pedestal can be reached by foot from the rail. Photo: Paul Wyeth

The One Sails set uses the latest 4T ‘naked’ membrane, a grand prix racing sail that has no Mylar film or taffeta protection. It makes for a good comparison with North’s 3Di Raw. The 4T is also the first official ‘green’ sail, as it can be recycled, which is in keeping with Spirit’s proactive views on using sustainable materials.

A Oui blast on the water

Unsurprisingly, Oui Fling is a little wet to sail. The owner and crew were keen to try the One Sails mainsail for the first time, so we went out a couple of hours earlier than the evening race.

With full main (there are no reef points) and No.3 jib hoisted in 26 knots of true wind, we soon had the equivalent of a near gale blowing across the deck while heading upwind. I quickly reached for a hiking handle, more for security than from any desire to contribute to righting moment.

Oui Fling is a Solent-based boat, so is set up for running both symmetrical spinnakers and A-sails. Her owner has a preference for eight in the sail numbers as it is regarded as a prosperous number in Asia. Photo: Paul Wyeth

We then had a fast and furious downwind blast under spinnaker, rolling along with boat speed in the low teens. The water passing off the transom was notably smooth and quiet.

Laidlaw uses a core of professional crew who race on his big boats. It was a pleasure to watch them work the boat like it was a large dinghy, but also to note how much they enjoyed sailing her. “We all prefer sailing this,” said skipper Mike Pammenter. “There are only ten of us aboard, so there’s a lot more to do.”

I asked if they missed the planing speeds of the big carbon yachts? “Speed is relative, because we’re sailing at the same speed as those around us. But coming into the bottom mark, there’s a lot more going on. I do the bow on the 82 and 115, where you clip the tack on and that’s it, whereas here it’s full-on!”

Irvine Laidlaw kindly gave me the helm long enough for me to report that Oui Fling sails handsomely. She has the lines and length to sail properly through the waves upwind, yet she is light enough and sufficiently tuned for very direct and finger-light control of her carbon rudder blade.

Given the choice, time and funds, I wonder how many of us would choose to race a wet boat in the Solent in our retirement years. Laidlaw is a real sailor and his latest yacht is perhaps the ultimate sailor’s toy for the UK.

Sir Irvine Laidlaw (pictured above) took up sailing in his 30s as a distraction from building the first of his successful businesses, the conference service company IHR. He advertised in Yachting World for a boat share partner, and bought a Varne 27.

Five years later he became sole owner of a Westerly GK 29 called Gonna Katcha, which was swiftly followed by a new GK 34, the first Highland Fling, which Laidlaw sailed out of Hong Kong.

Invited to represent Hong Kong in the 1981 Admiral’s Cup, he was soon hooked by grand prix racing, and successfully campaigned a series of IOR yachts. Highland Fling 5 was his first of three Nautor Swans, followed by Farr 40s, IMS designs, a 12 metre, Wally 82 and a Reichel/Pugh 82, Highland Fling XII.

He also owns a variety of smaller boats, and a 98m motor superyacht.

First published in the October 2017 edition of Yachting World.

The post Spirit Yachts 52D: This stripped-back racer is a wolf in sheep’s clothing appeared first on Yachting World.

PreviousSelling your boat in the Pacific: How to get full price after an ocean adventure
NextSailing round Britain with the Ellen MacArthur Cancer Trust: The magic of Moonspray 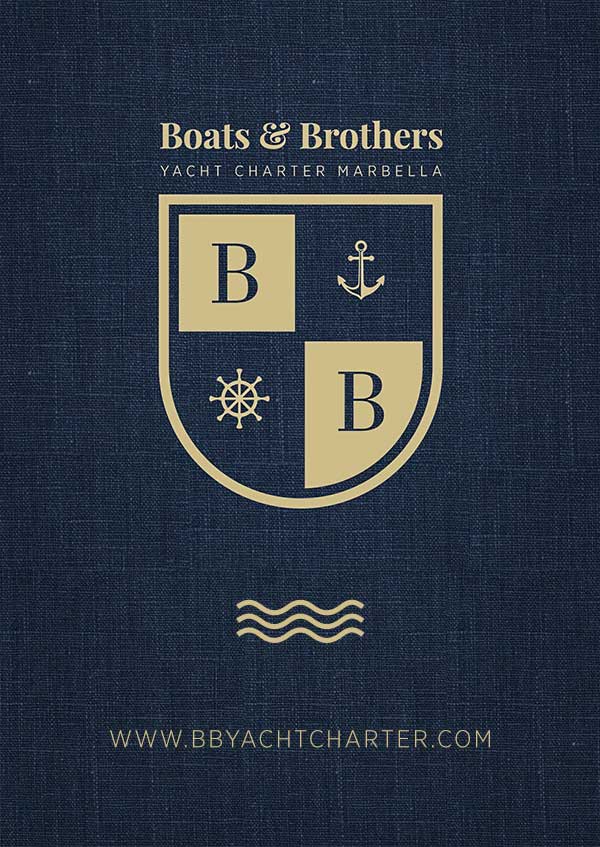 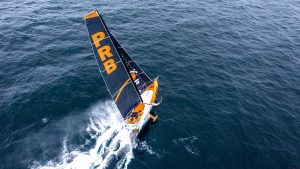 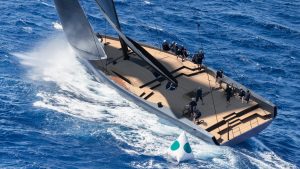 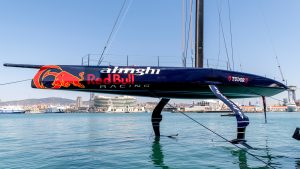 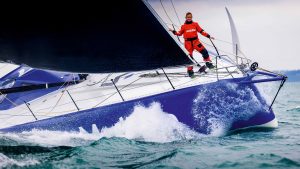 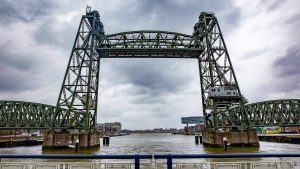 The new PRB IMOCA 60 is one of the latest to launch in a flurry of new launches. Originally designed for The Ocean Race, it

Relax on a cruise and challenge round the cans with the new wallywind range, Wally’s new sailing range, which allies cruising comforts to slick performance

Alinghi Red Bull Racing have launched their AC75, which they will sail in the coming days as the team prepares for the 37th America’s Cup

After her incredible Vendée Globe, life has changed for solo sailor Pip Hare. She reveals what it’s like to live your dreams We hit a